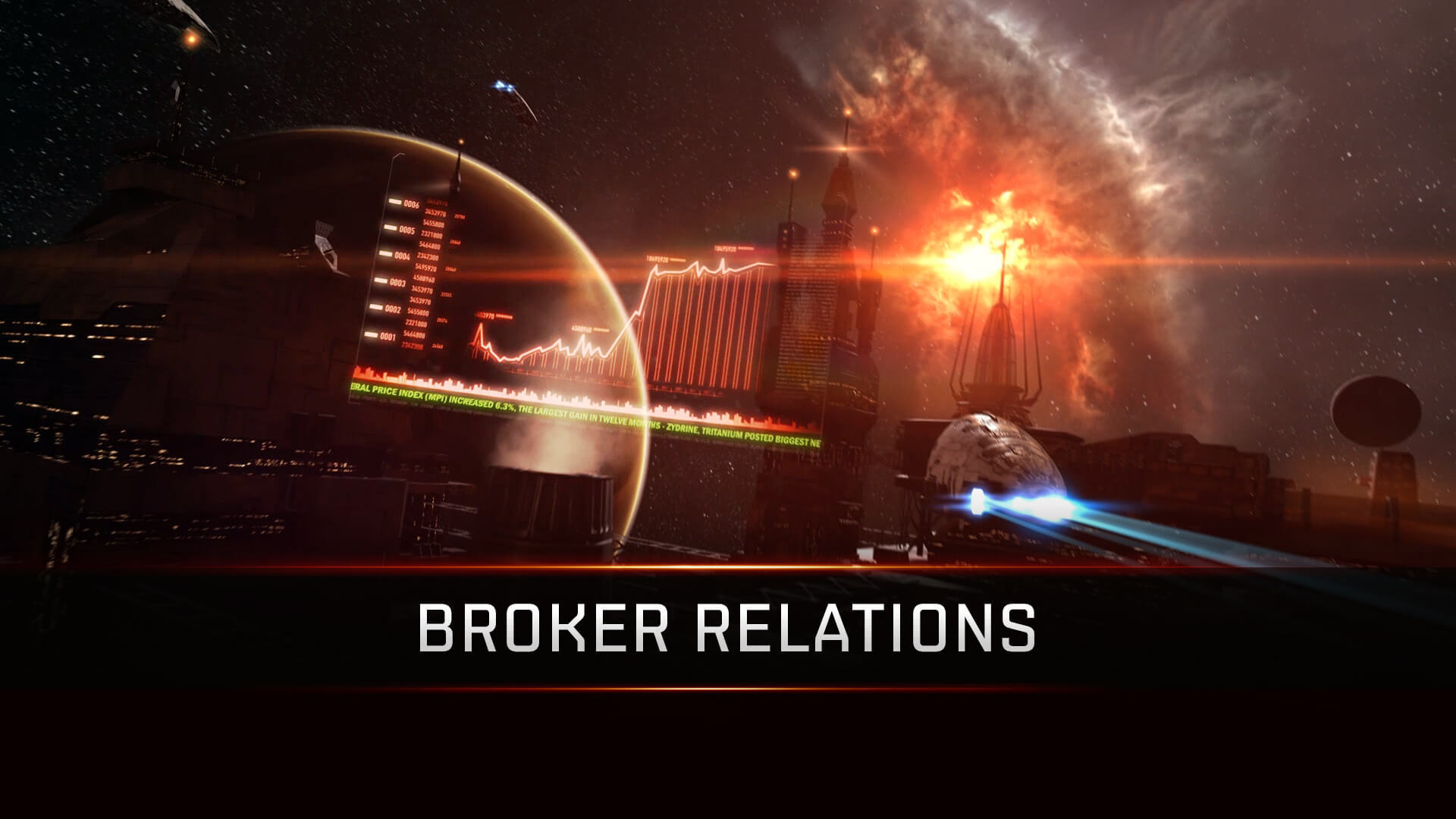 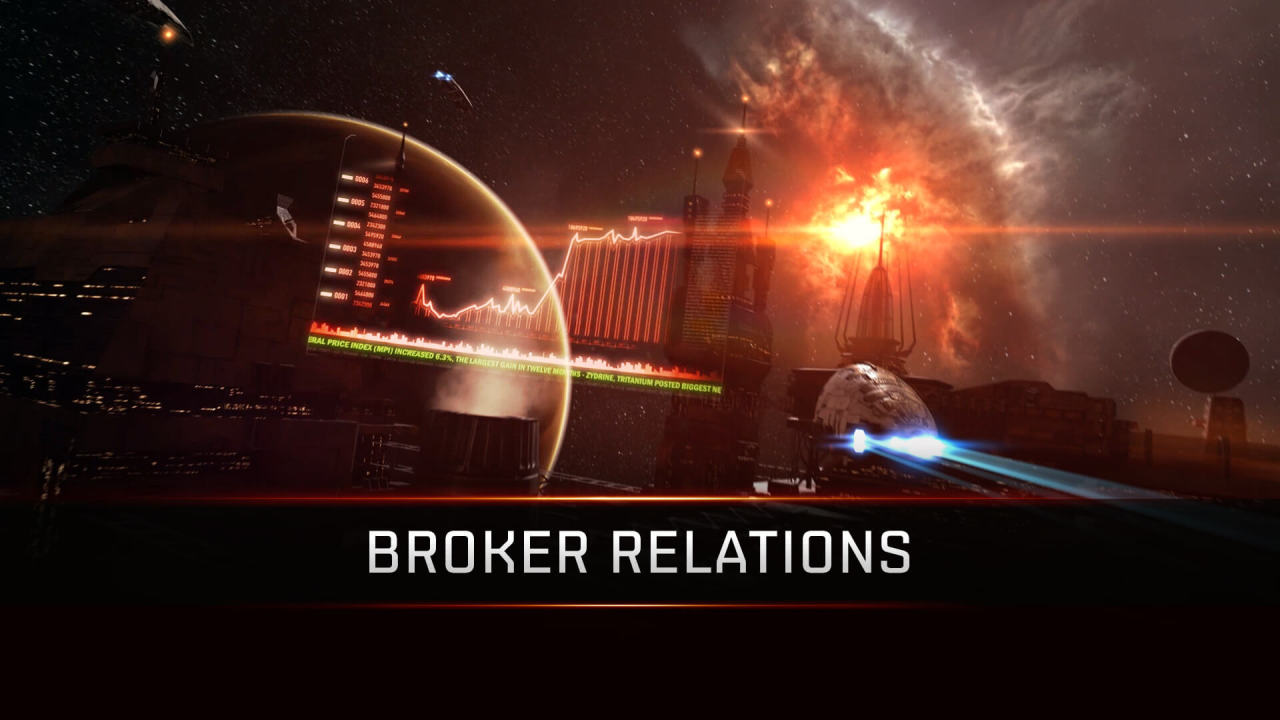 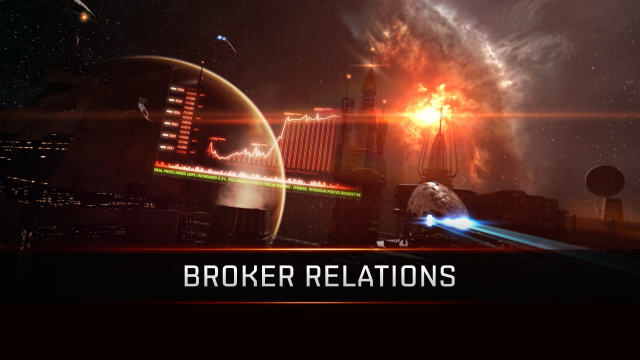 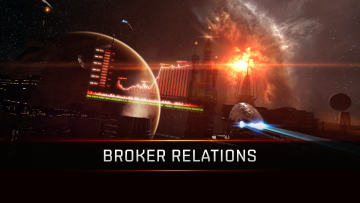 The Broker Relations update will be launching 10 March, and included in the release will be changes to the mechanics around creating and updating orders on the in-game market.

Last summer, permanent changes to both the sales taxes and broker fees for the market were implemented. Having monitored player behavior before and after these summer changes to taxes & fees, further alterations to the market will be made.

The intent behind these upcoming changes is to support a healthy and live open market, allowing competition to remain fair between players. The prohibited use of automation techniques used by malicious players on the in-game market is a frequent subject of discussion, so there is absolute commitment to fighting bots in New Eden. Needless to say, the market and the behaviors of players when these changes go live will be closely monitored. 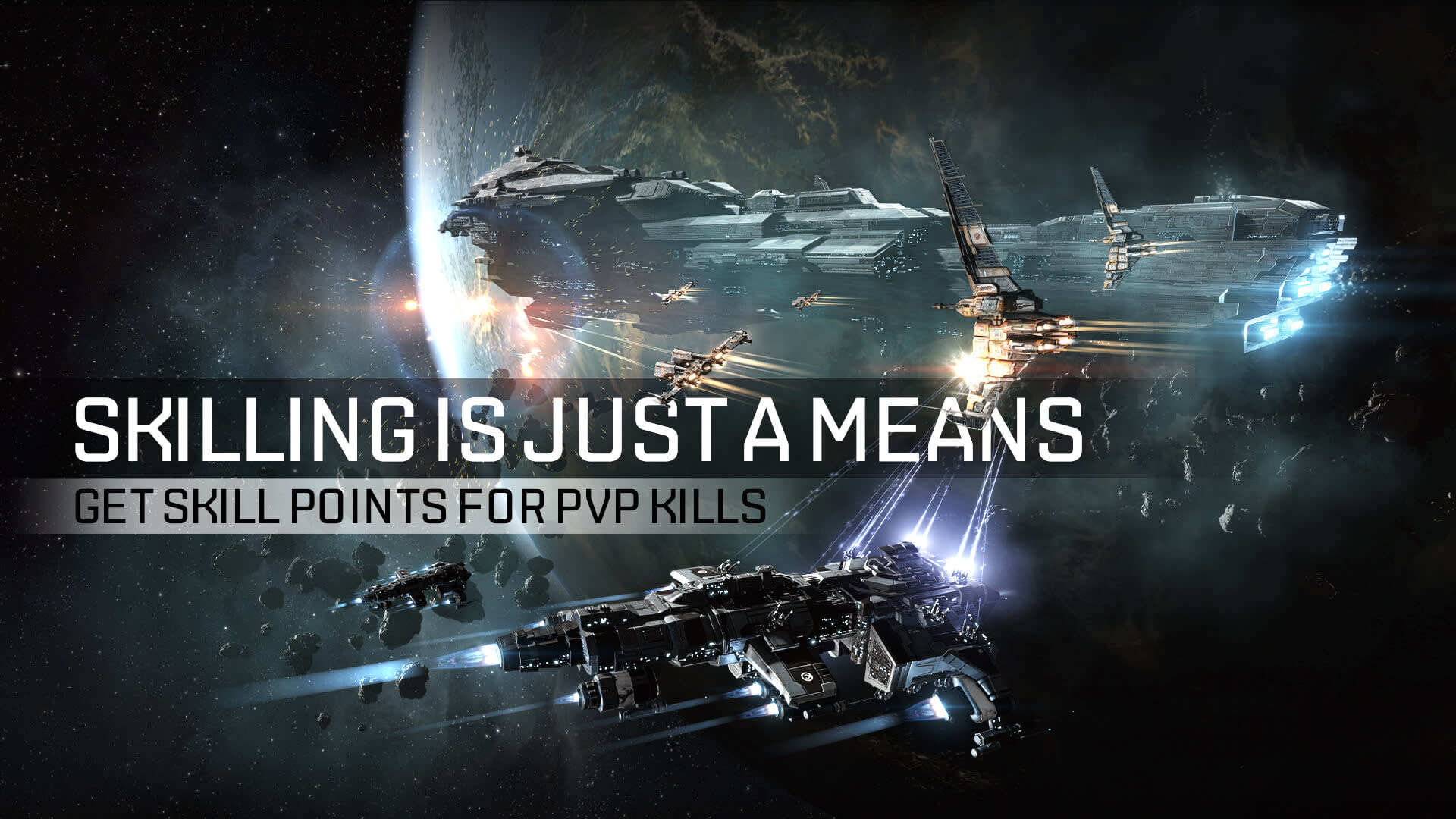 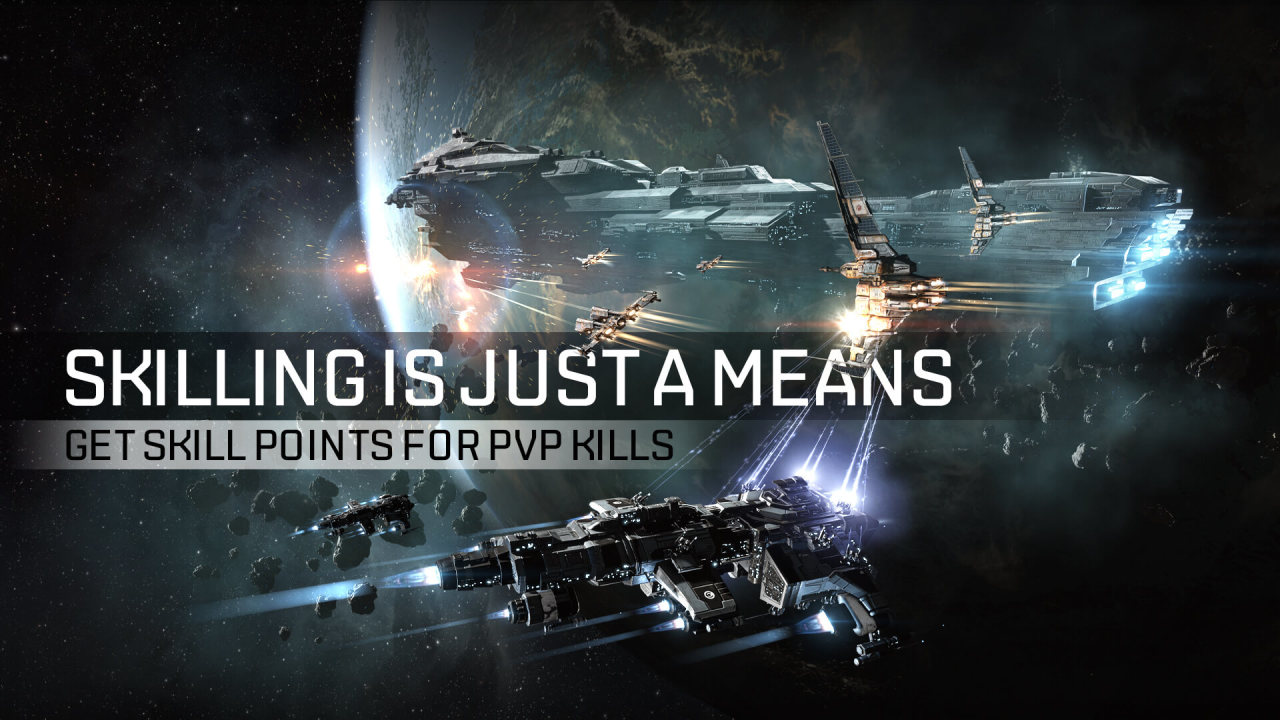 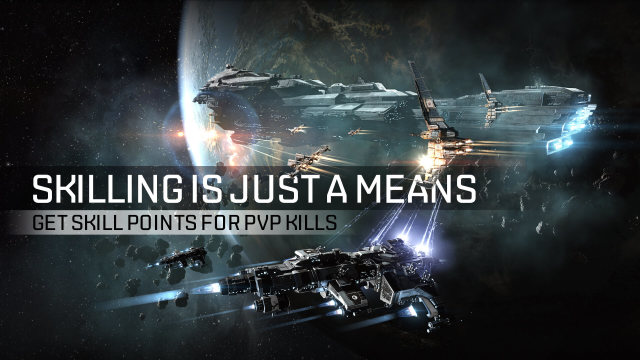 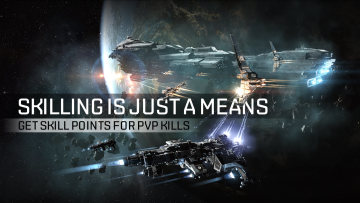 Skilling Is Just a Means

The Skilling Spree and Chilling Spree events have been very popular with Capsuleers, and now the event returns with a PvP twist!

Capsuleers will be awarded Skill Points during the Skilling is Just a Means of Communication event for PvP kills, with daily challenges being issued at downtime each day between 12 March and 14 April. 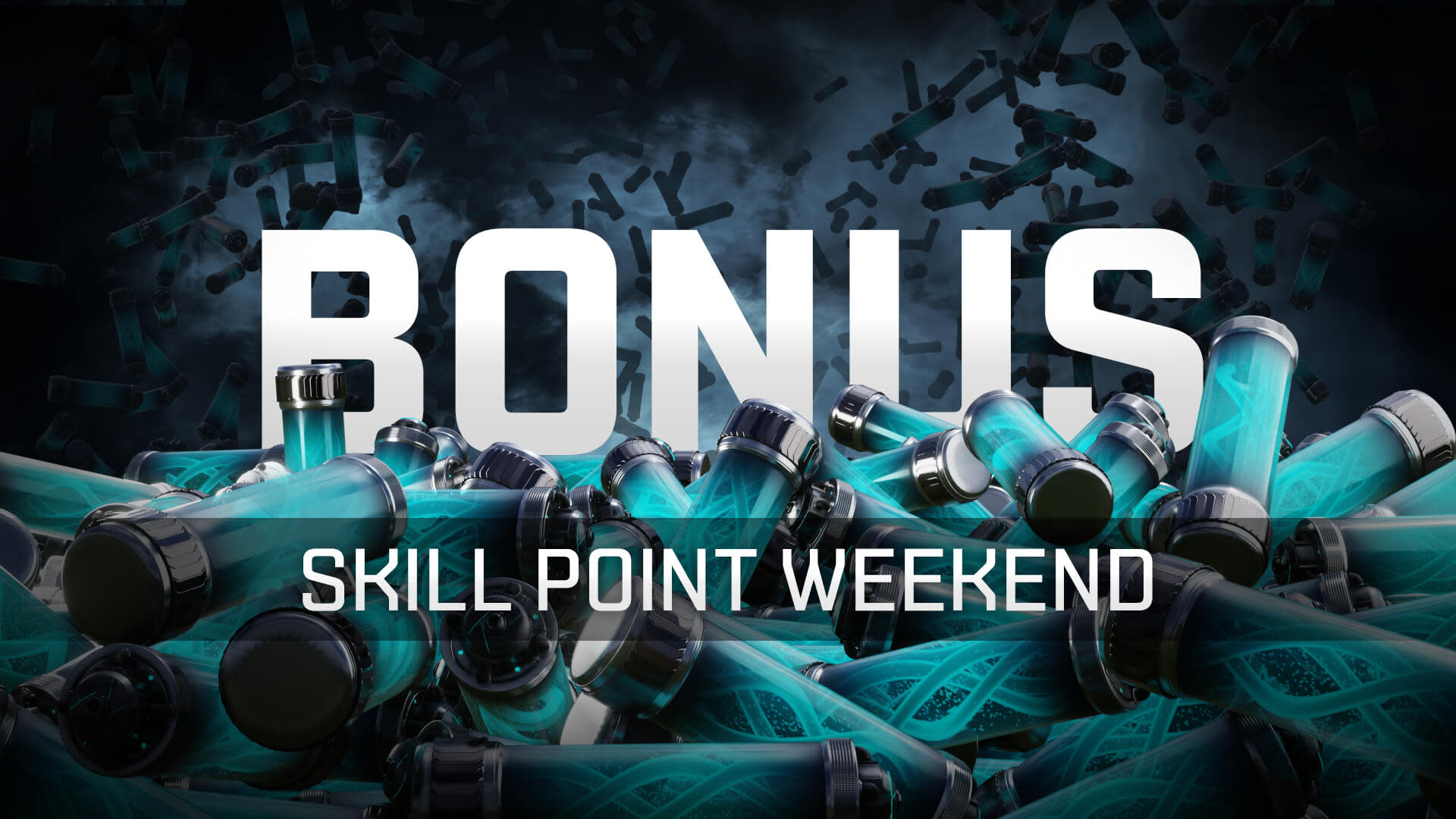 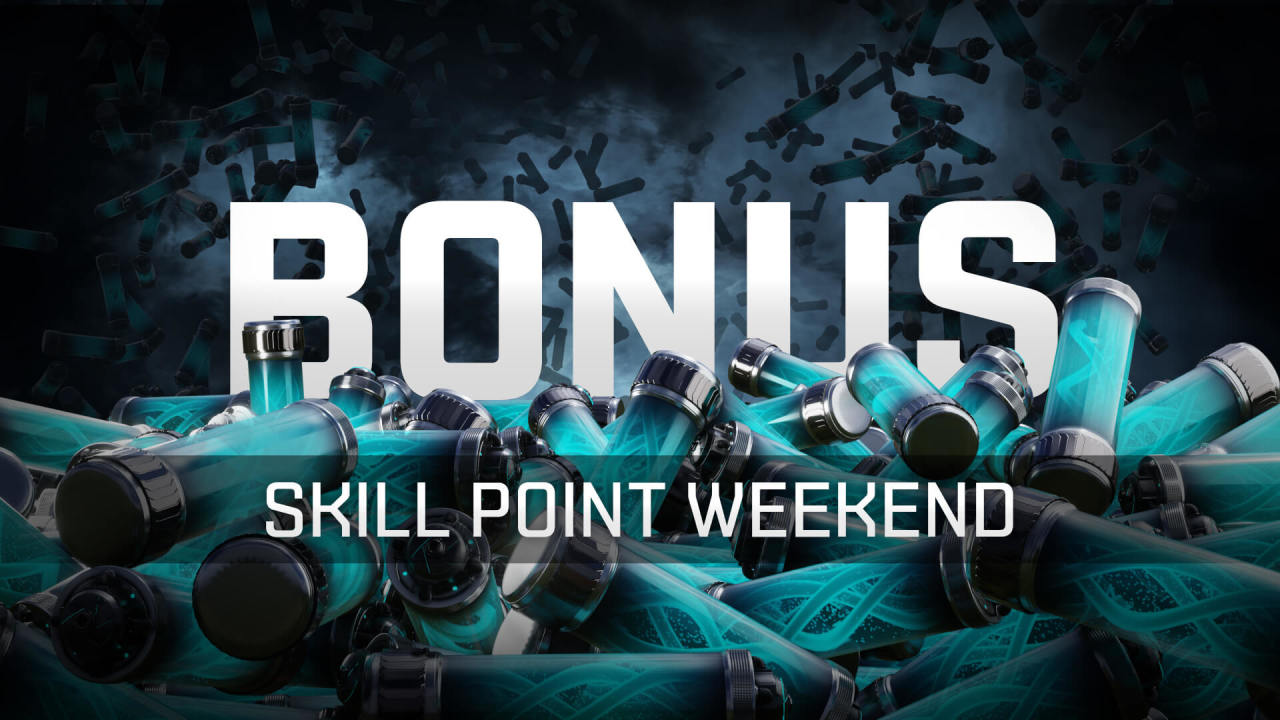 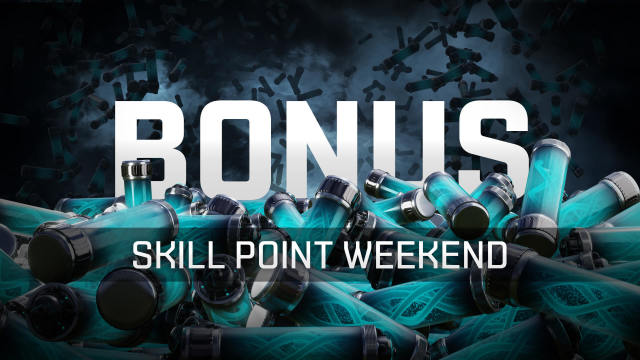 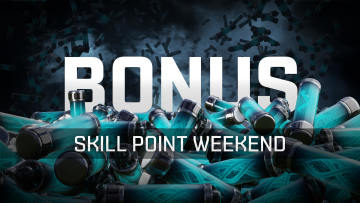 Bonus Skill Point Weekend - the last one in this Quadrant - is returning between 13 and 16 March 2020, with great Skill Point rewards for both Alpha and Omega Clone State pilots! Log in daily to claim thousands of Skill Points that you can use to boost your training, honing combat skills that are great for the Fight or Flight Quadrant events.

As long as you make sure to log in every day during Bonus Skill Point Weekend, as an Alpha you can get up to 45,000 Skill Points, and Omegas will get both their own and the Alpha rewards, meaning a whopping 175,000 Skill Points total!

Skill up and fly safe! 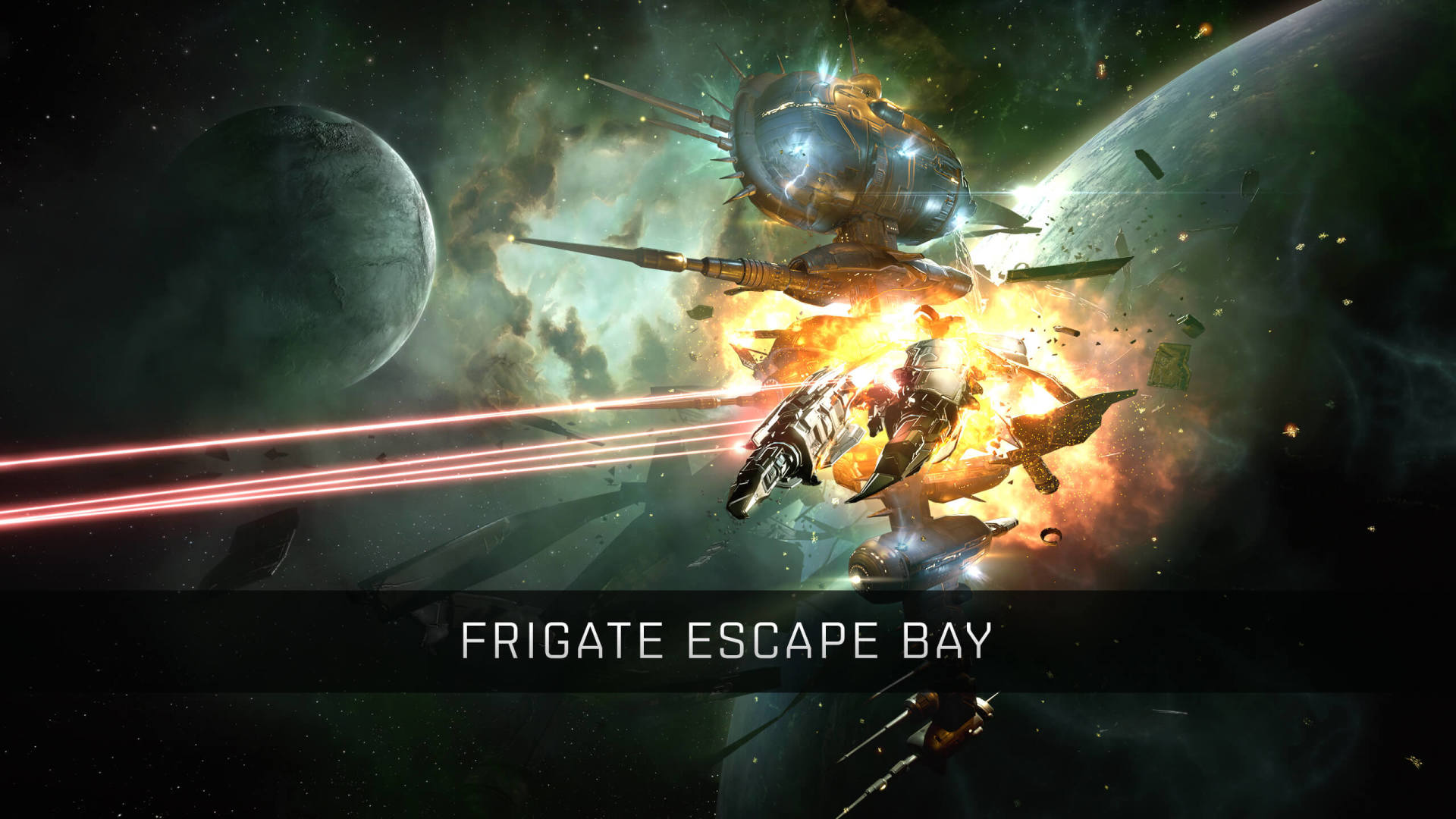 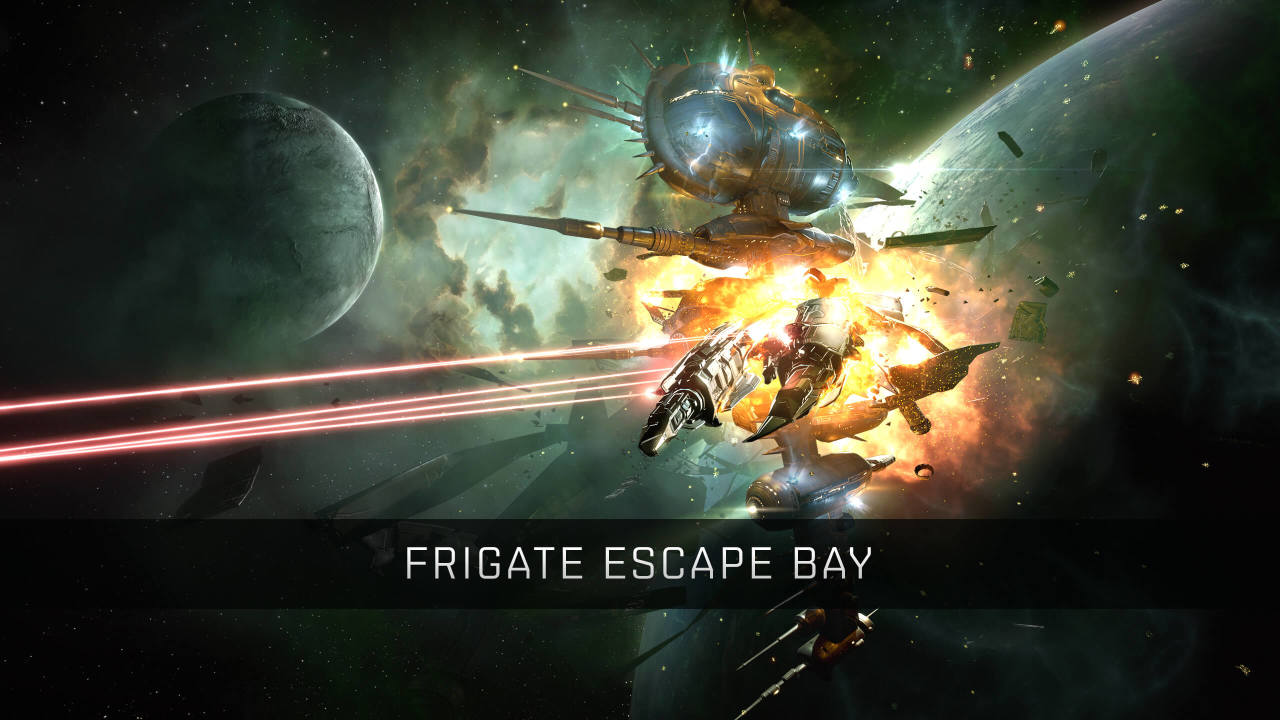 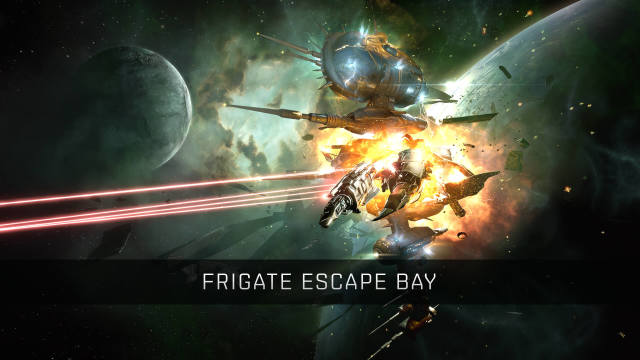 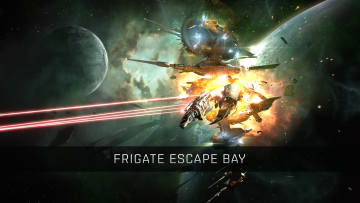 The Frigate Escape Bay is a special bay capable of holding a single, fitted Frigate that will be added to all Battleships. Should the Battleship be destroyed, instead of being ejected in your capsule and left helpless, you will launch immediately back into combat aboard your Frigate!

Stay up to date with everything happening in EVE Online, including visual updates to moons in New Eden and the start of the CSM summit. In addition, CCP Burger talks about the motives behind recent and upcoming changes to EVE, and there is information on new Abyssal weather SKINs for the popular Gila. 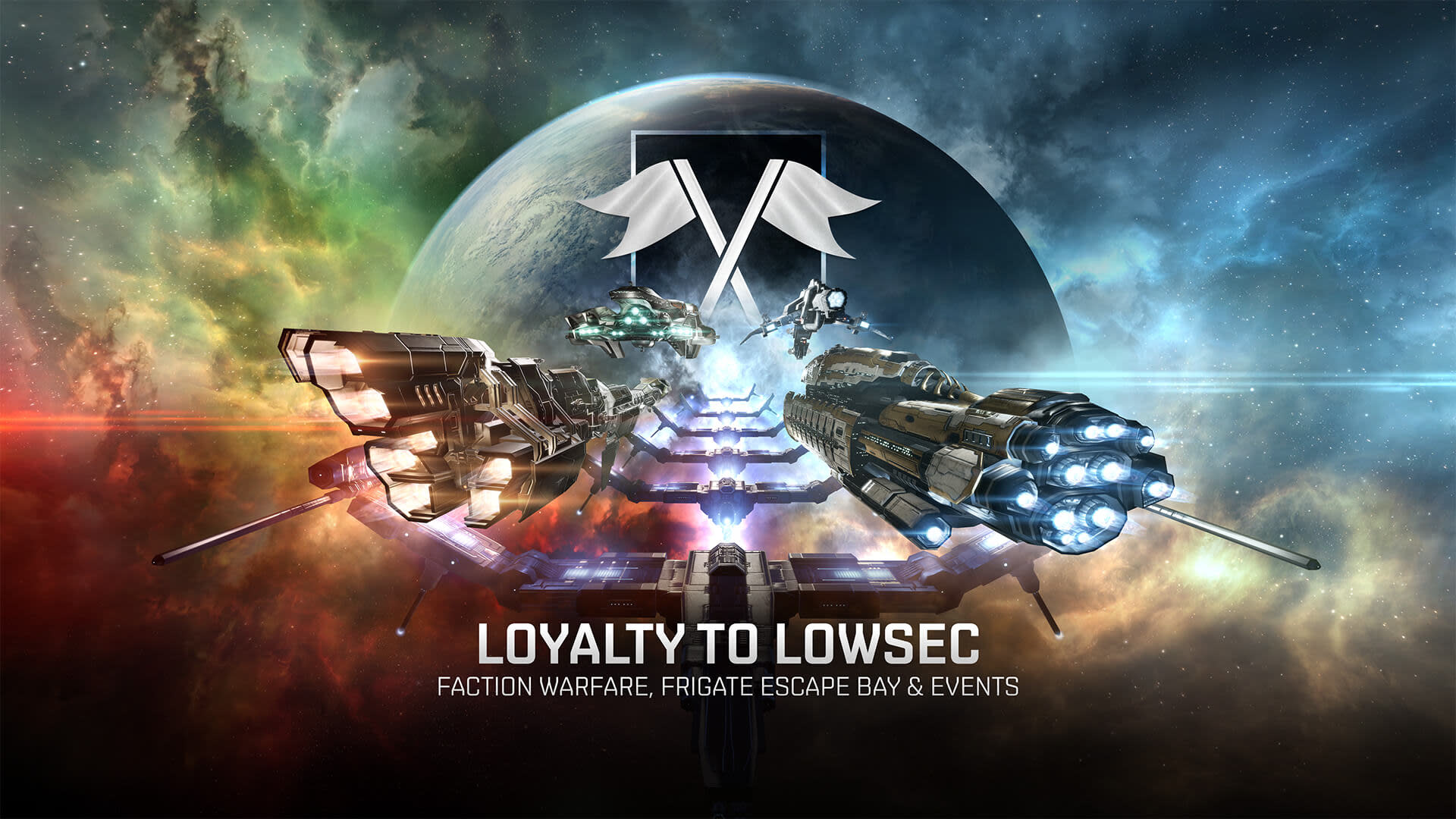 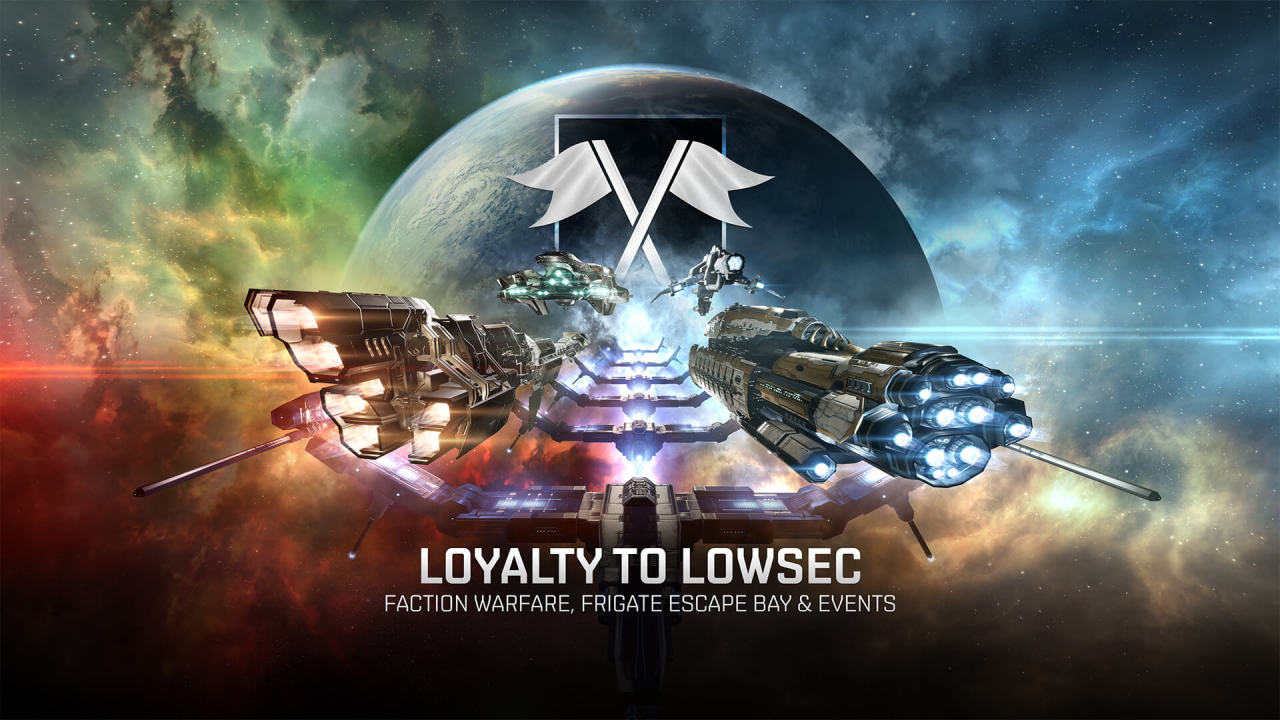 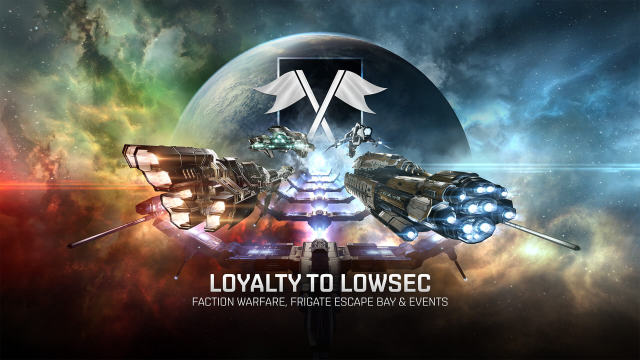 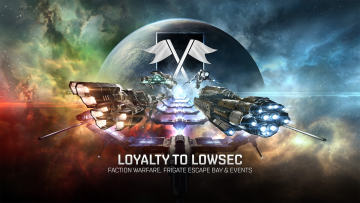 The Loyalty to Lowsec update coming on 24 March will provide a thrilling climax to the Fight or Flight Quadrant, featuring a number of changes to Faction Warfare, such as increased Loyalty Point payouts for PvP kills, and a reduction in payouts for Faction Warfare missions.

There will also be an increase in the activation area that surrounds acceleration gates leading to combat complexes and brand new Battleship-specific capture sites added. A perfect opportunity for Capsuleers to make use of the brand new and exciting Frigate Escape Bay feature going live on 24 March.

Furthermore, there will be an increase to the loot dropped from PvP in Lowsec and an increase to warp speed in Lowsec between 24 March and 6 April. Finally, an additional task will be added to the Skilling is Just a Means event that runs until 14 April. Capsuleers will be offered an extra 10,000 Skill Points daily for killing one of the NPCs defending the Faction Warfare capture sites, so that makes 20,000 Skill Points available every day!

Welcome to a very special episode of the Pulse, Capsuleers! Keeping you up to date with everything happening in EVE Online, as well as a blast from the past, check out the alternate version of the Apocrypha expansion trailer with never-before-heard voiceover!

There are also details on Valdimar the Worm who was discovered at the Reykjavík office, the CSM summit, and player activity in wormhole space.

In addition, CCP Rattati talks about the fight against cheating in EVE, and there is information on the new Oasis of Faith SKINs for Amarr ships and an update on intended Fanfest content. 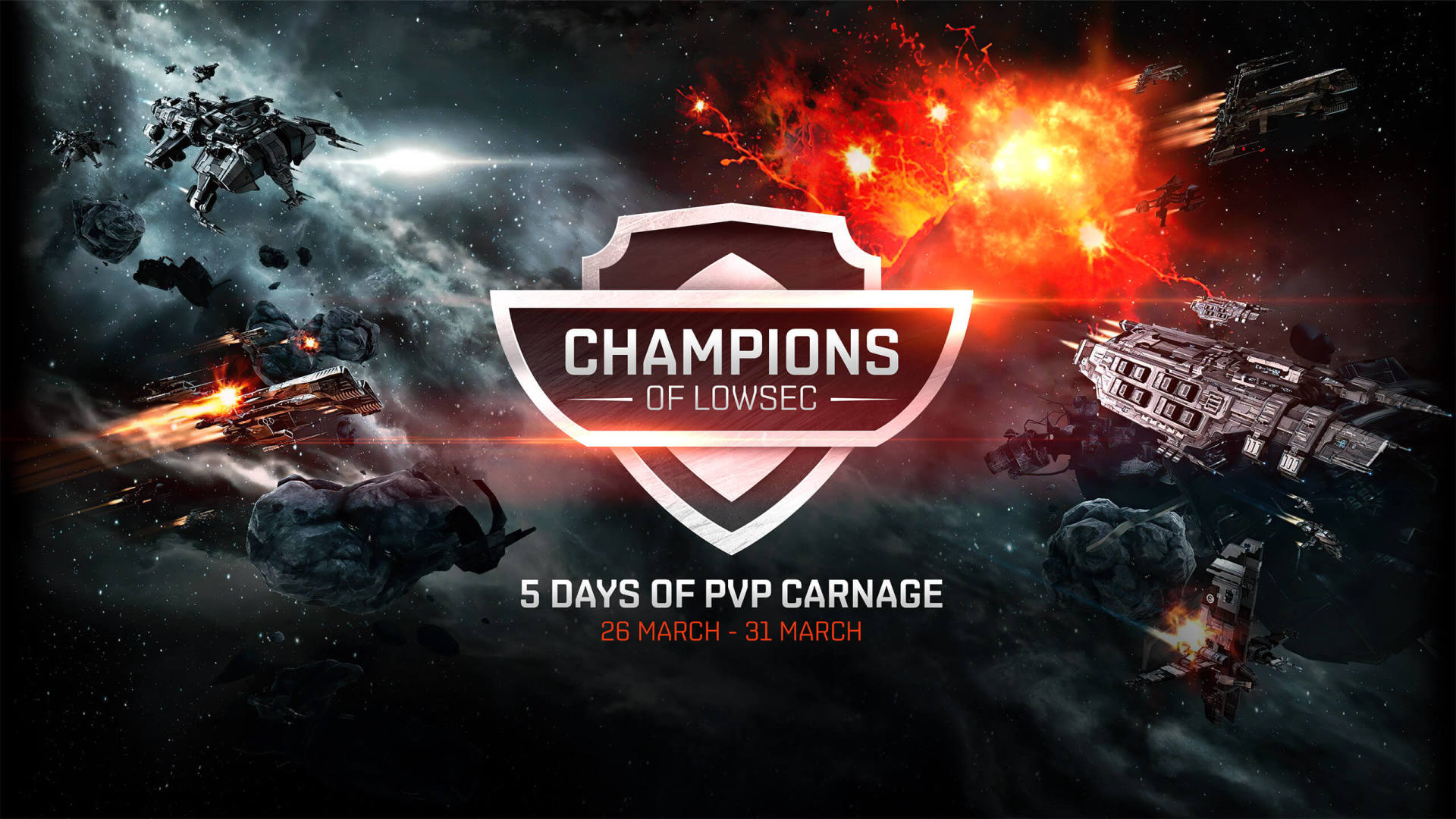 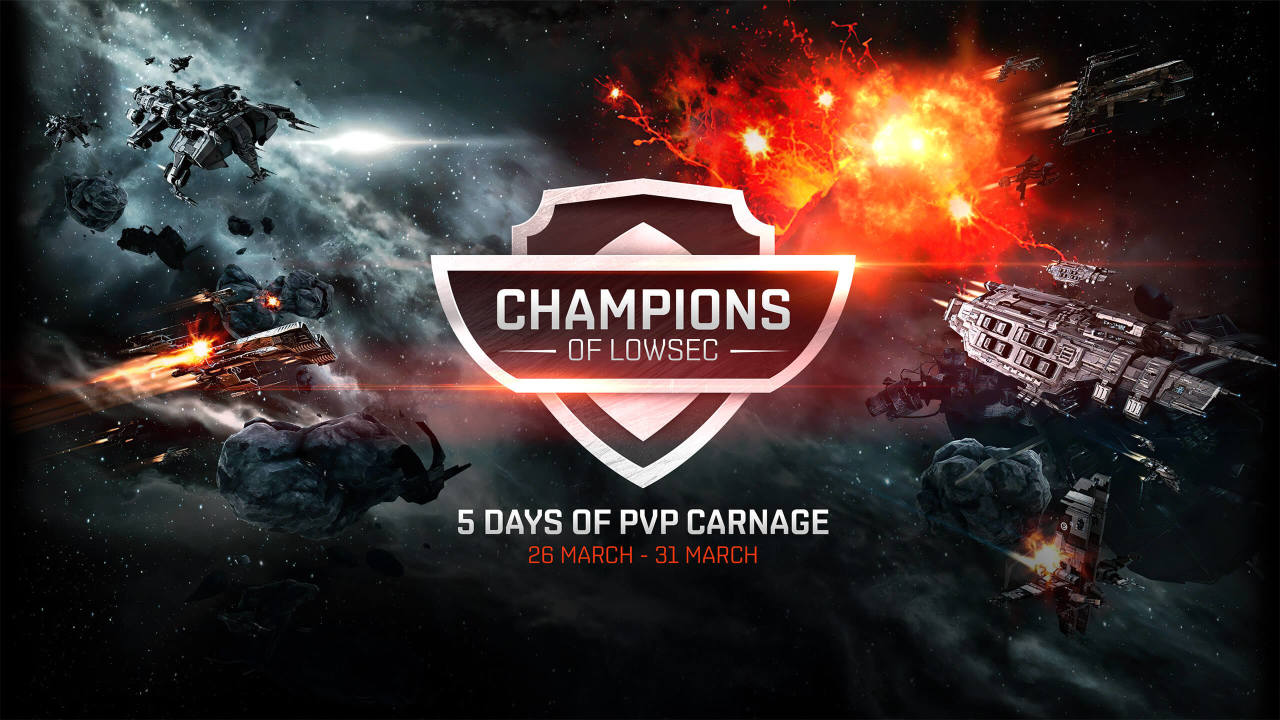 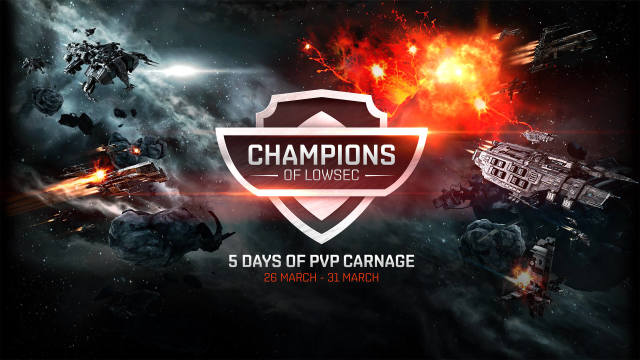 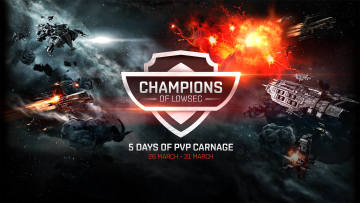 Inspired by the legendary Kings of Lowsec contest that took place in 2013 which was a 24 hour Lowsec killing spree, the contest to crown a champion of Lowsec will be returning to New Eden between 26 and 31 March! The alliance that accrues the highest ISK value of Lowsec PvP kills in that time will receive awesome rewards, and their alliance's flag will be flown proudly on top of the Groska building, the new home of CCP's Reykjavík office, for a month!